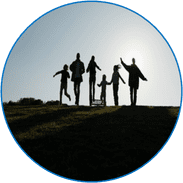 A Company With A Purpose

Value Statements
We will only work with companies who are socially responsible and ethical in doing business
We will not discriminate against anyone because of their race, gender, age, faith and sexual orientation

Approach
Using emotional intelligence as a foundation that is well integrated through training, consulting and coaching

​
Four Pillars of UNESCO's education vision for the 21st century: 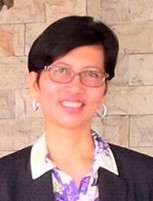 Having two little boys, Hanny found herself at the center of a tug-of-war between work and children. She did not have to choose between the two, but with a deep consideration in 2001 she decided to leave her high position at Bristol Myers Squibb - Mead Johnson to have more time to nurture her two little boys.

Inspired by Nobel Prize Winner Gabriela Mistral’s poem “His Name Is Today” , she felt obliged to share her knowledge and experiences with other parents. Hence she founded Radani in 2003, a company that provides parenting services to individual as well as parenting ideas for companies could engage their target audience in more meaningful ways.

She has extended Radani services, not only towards positive parenting, but also positive organization.

​She believes that a positive work life, like many things in life, begins at home, at a positive family life. 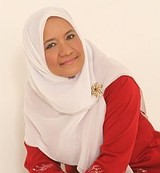 A dynamic and engaging speaker, Siti Hamidah Bahashwan has worked with thousands of young couples, parents, teenagers, and children in Singapore, Thailand, Malaysia, Indonesia, Brunei, Korea, Papua New Guinea, Australia and USA. She is a well sought consultant who has appeared as a professional presenter and resource person in Singapore’s radio and television programmes. She is also active on the Inter-religious Peace Work she participated in.​ 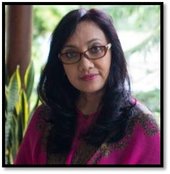 Clara Kriswanto has a unique combination of expertise, a blending of psychology, entrepreneurship, education, training and coaching skills and capabilities. She also has strong experience in the Education Industry and part of them related to family development. Her first career as a psychologist had been developed when she started to be a volunteer of Hotline Service to provide counseling by phone and then involved in many recruitment processes and as lecturer. Since 2002, she has trained executive coaches and manager coaches from several big companies in Indonesia.

She has depth knowledge in the education industry and a broad knowledge in starting up a new company from her experiences during her tenures in some companies. She is a confident leader and manager in teamwork with her staff & partners through a solid coaching approach. Some of the entrepreneurial initiatives that have been part of her works are building home based businesses in Indonesia and Canada with the aid of the Internet / Information Technology with her spouse who is an IT professional and her son who is a Media Artist.

She also has strong experiences as a social worker in helping people with HIV/AIDS since 1998. She received several awards such as PUTRI AYU – an Indonesian Traditional Beauty Pageant in 1981, from the British Government as a Chevening Scholar in 2000, Indonesian First Quality and Development Award as an entrepreneur in 2005. 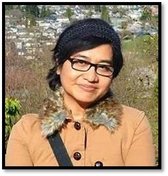 Laksmi D Haryanto started her career path in 1988 as a journalist in Kompas Daily, a job in which she excitedly enriched her life with many precious knowledge and experiences – such as meeting with and interviewing various people from different strata and levels, handling investigations on special cases, traveling to many places around the world, and writing many depth reports. When the limitation on the freedom of press under the New Order Government was imposed in early 1990s, she felt ‘trapped’ and incapable of writing freely and honestly, and therefore, she decided to study and earn her MBA degree with Marketing major in the State University of New York at Buffalo, New York, U.S.A.

Coming back to Indonesia in 1994, she was challenged by the opportunities in the fast rising banking industry, and decided to join Standard Chartered Bank, a London-based multinational company that started to launch a consumer banking in Indonesia. As a Product Promotion Manager, and later promoted as the Marketing Manager, Laksmi was among the first team who diligently opened the market, and successfully built from scratch the Personal Banking of Standard Chartered Bank in Indonesia. Her success in Standard Chartered Bank brought her to the position of the Marketing Head in HSBC (then Hongkong Bank), another London-based multinational company. She was again among the team who was trusted in opening the market and building the Consumer Banking of HSBC in Indonesia.

Laksmi then spent 10 years of her life accompanying her husband who worked as a professor in U.S.A. During that time she wrote, translated, consulted, and taught various groups of people in the areas of marketing, communication, cultures, and humanity. She has great interests in the progress of humanity in general. That is also the reason why she happily becomes part of Radani. She believes Radani holds the same value of hers – that positivity must be expanded to every living being in the universe.
Tweets by @HannyMuchtar

Radani Center is easy to reach, located in the prominent Pondok Indah area.